Last Sunday, I finally got to meet (and photograph!), little Braylon, who was turning one in a week.  I met Mom and Dad (Stacey and Mike) in the parking lot at Twin Bridges Park, and saw that Stacey had brought balloons and a big pumpkin with a "1" painted on it.  Adorable, as was the little face looking up at me from his carseat.  Braylon has the chubbiest cheeks, and they are plain irresitable when he is laughing.

Let me take a moment here to explain some history of Focusure Studios and Stacey, Mike, and Braylon.  Awhile back (not sure of the exact timeframe, but to explain it in 'girl', it was like, a million years ago", I used to bartend at a restaurant called Martha's Exchange.  So did Stacey.  One day, while grabbing things in the cooler, I caught a peek of one of Stacey's tattoos.  What caught my eye is that I have the same one.  No, not one like it.  The same exact one.  In the same exact spot.  I happen to think this is awesome.

When Focusure used to do event photography, we would see Stacey a lot while she was bartending.  When Stacey got pregnant with Braylon, I was thrilled to learn we were going to shoot the maternity photos. 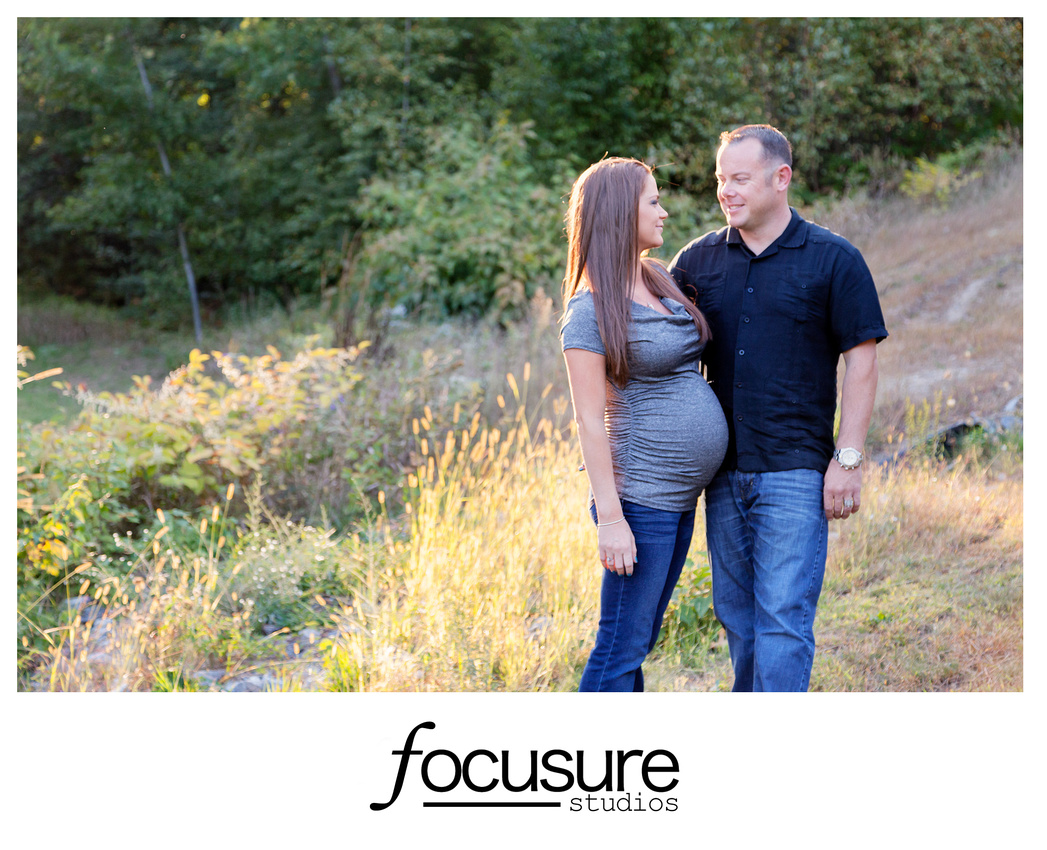 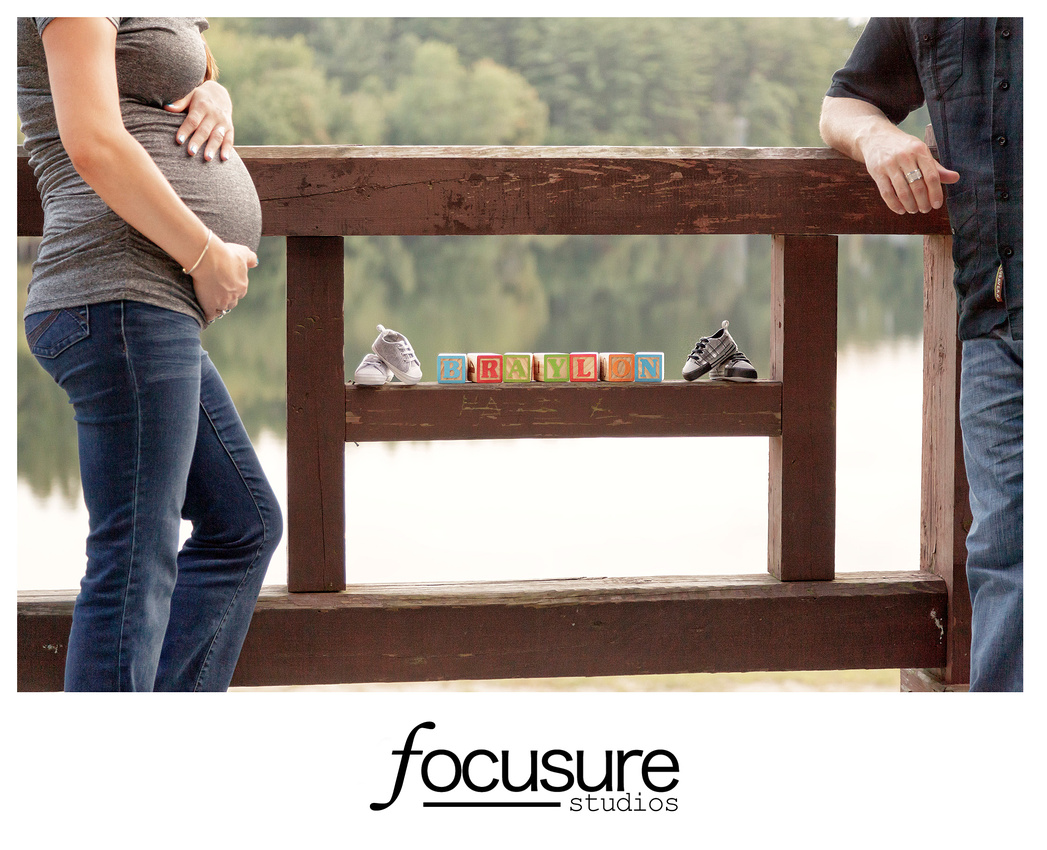 Mike and I met more recently, but he went to high school with my boyfriend, Billy.  More than that, Billy told me they were friends.  When we were building my home studio, we couldn't put down a floor until we fixed the leaky chimney that dripped water into the studio closet.  Mike owns Veteran Chimney, and we called him to do the work.  He did an amazing job!  He even did a little roof cleanup and carried down materials (shingles maybe?) left by someone who had done work on the house previously.  If you have any... um... chimney work?  I would definitely contact him, or at least check out his website.  Here it is.

And here are some before and after photos of my chimney, that I stole from Veteran's Facebook page.  (Photo cred:  Mike and his cellphone) 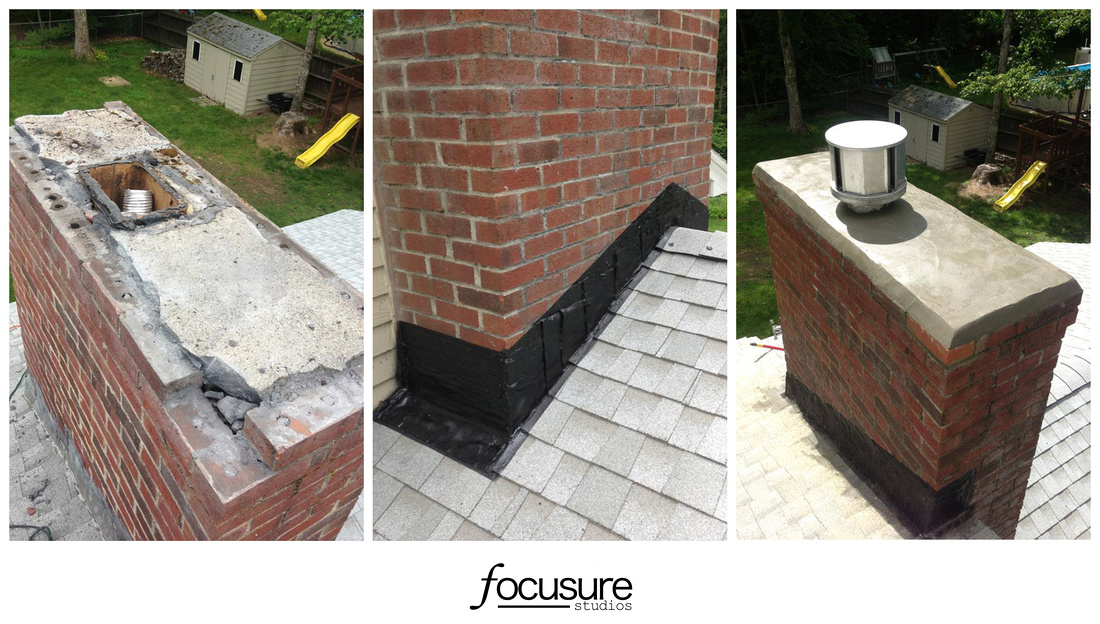 Chhhhrisssssssss!  There is now way I would get sharp photos on a roof.  I would probably be concentrating too hard on not falling OFF the roof, I wouldn't be useful.  So Chris did it. (sorry for the poor quality of this, I also stole this off facebook, and had to stretch it a bit to fit.  I'll replace it with a full res later!  Promise.) 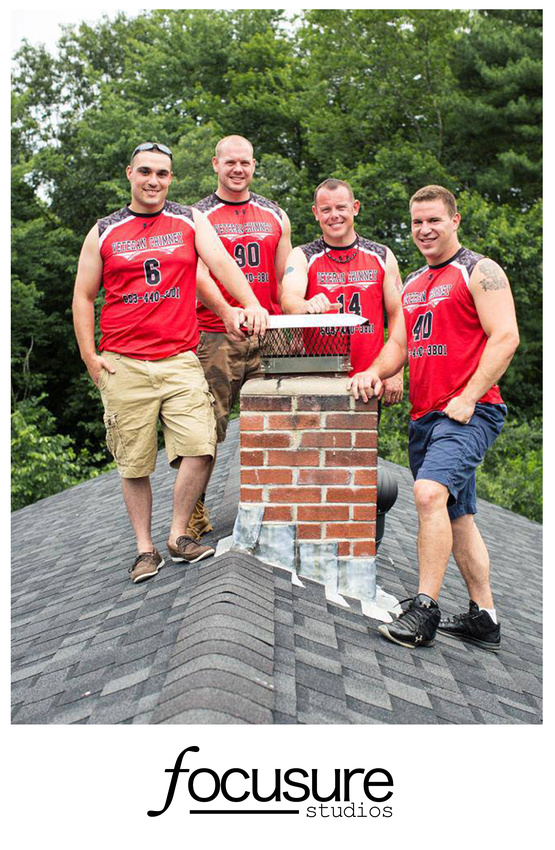 Present day.  The three of us walked (Brayden was carried) into the woods towards the bridge.  I suggested we do those photos first, since lighting under tree cover in NH leaves long before it would at the playground.  We tied the balloons to one of the park's two bridges, and started with a photo of the three of them.... What a good looking trio! 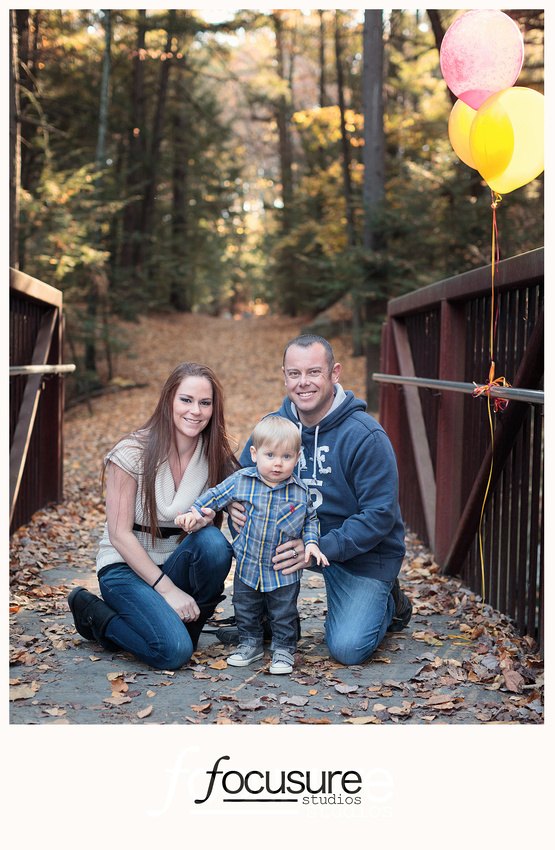 Being such a big boy, Braylon stood for a picture alone. 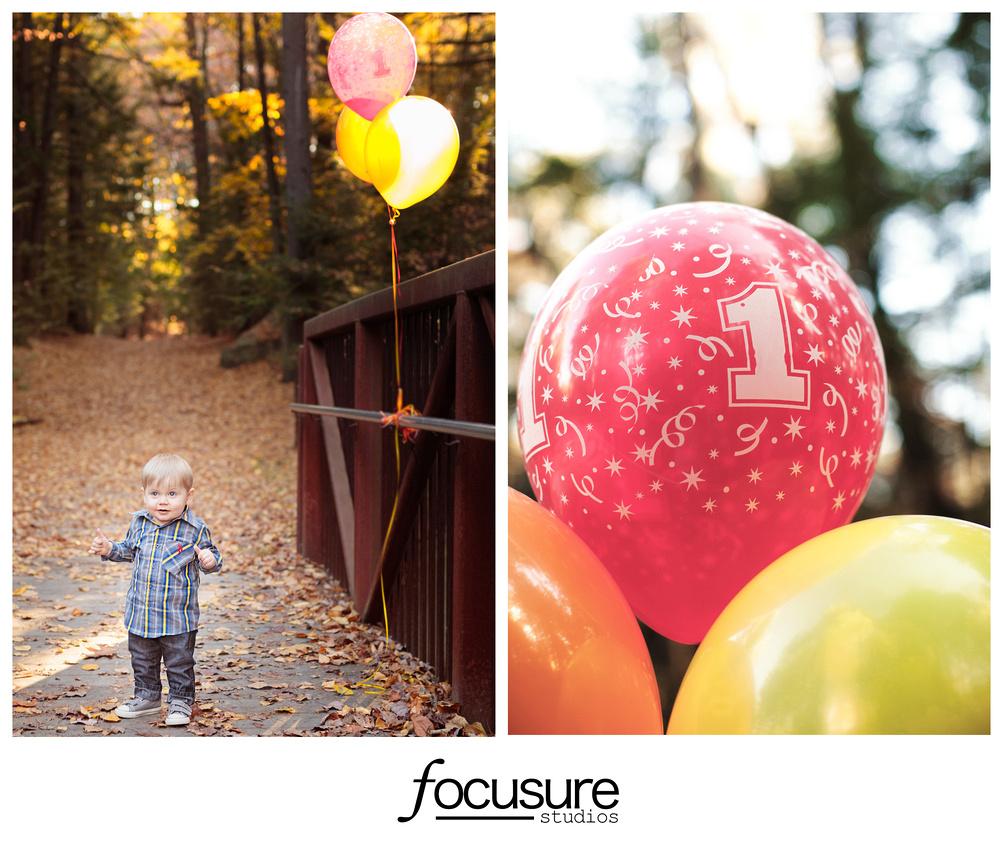 We walked to see where the path would lead, and soon came to a dead end. There was a large rock in the middle of the path.  It had a bit of open shade, so we decided to snap a few photos before heading out of the woods.  I grabbed a mini pumpkin out of my purse and handed it to Braylon.  It was a hit!  So much, in fact, we had to distract him and hide it when he wasn't looking. 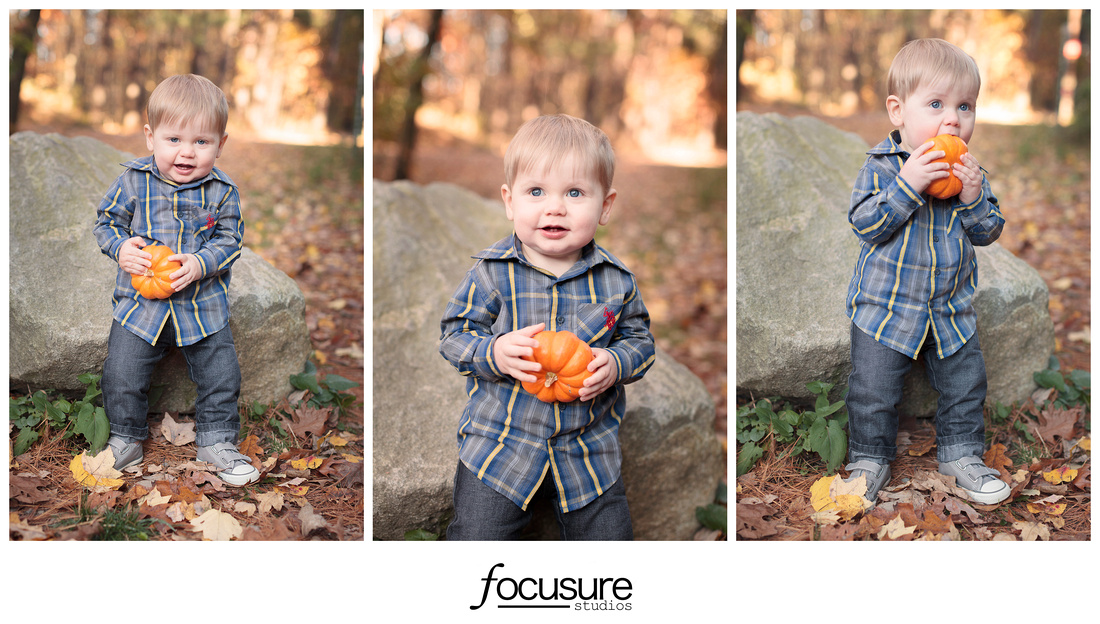 On the way out of the woods, we took a few shots of Mom and baby.... 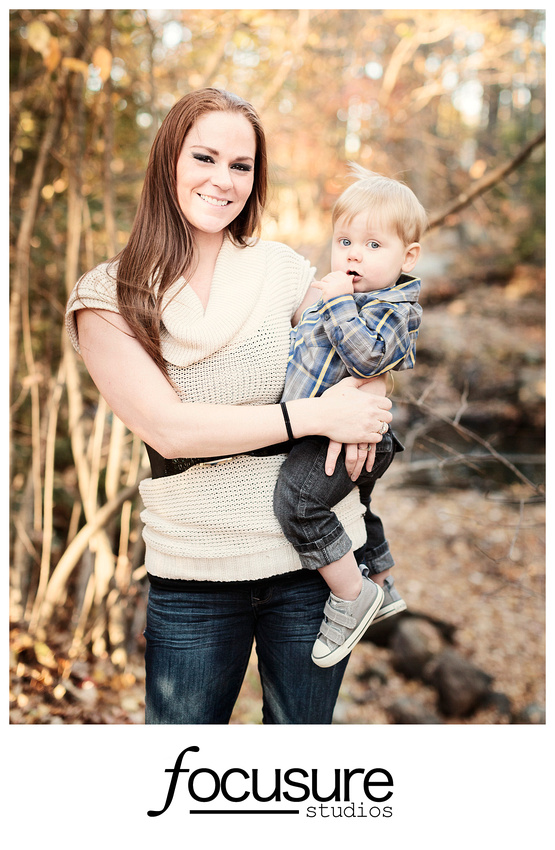 As we walked through the leaves towards the playground, Mike paused and tossed Braylon a little in the air -  I asked him to do it again.  Braylon didn't seem to mind. 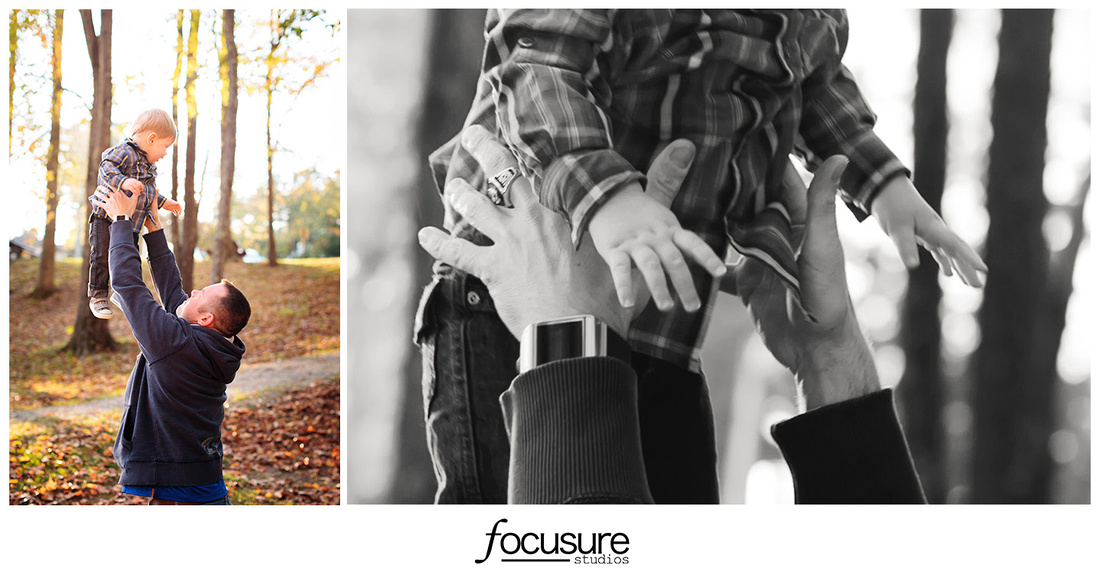 At the playground, and Braylon is the captain of this ship! 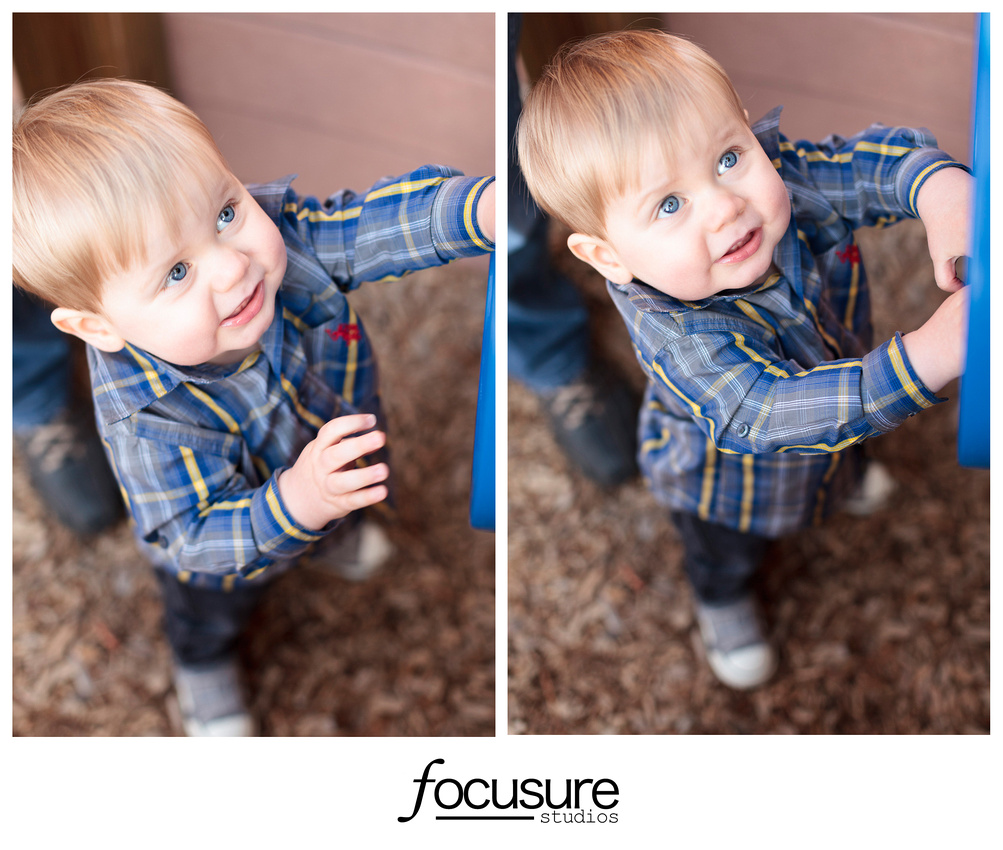 Just hanging on the swings with his pal, Mr. Pumpkin. 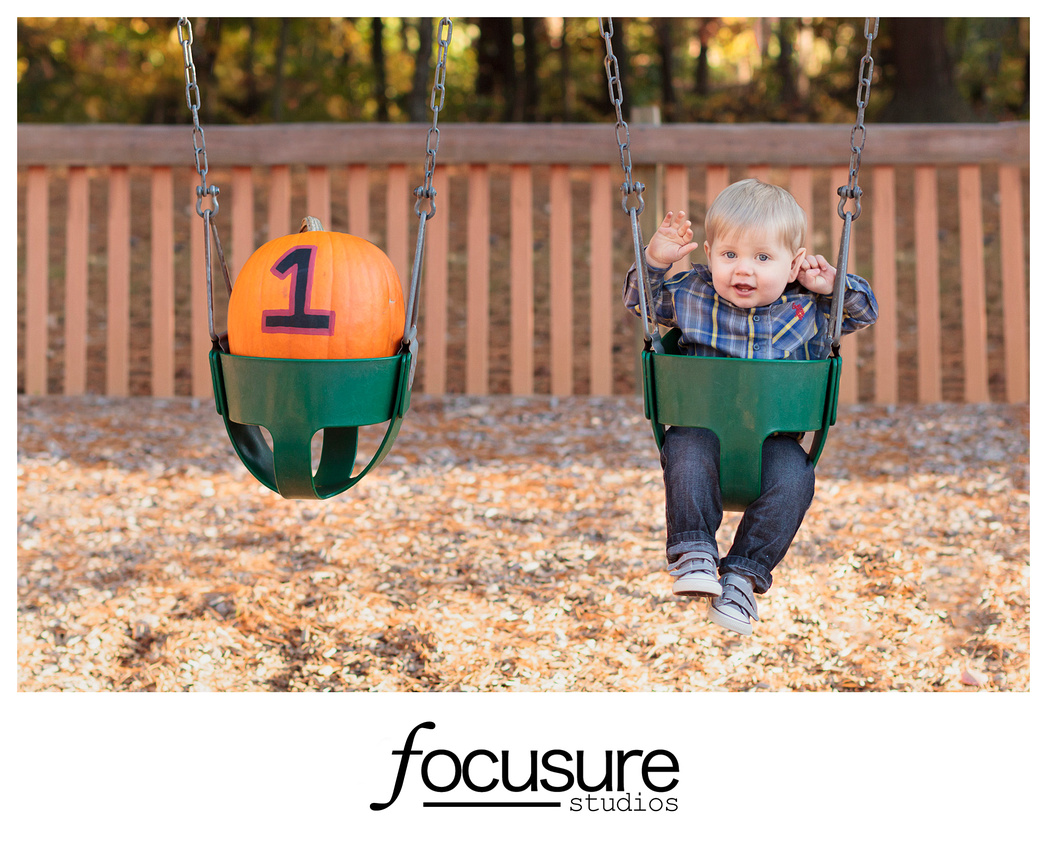 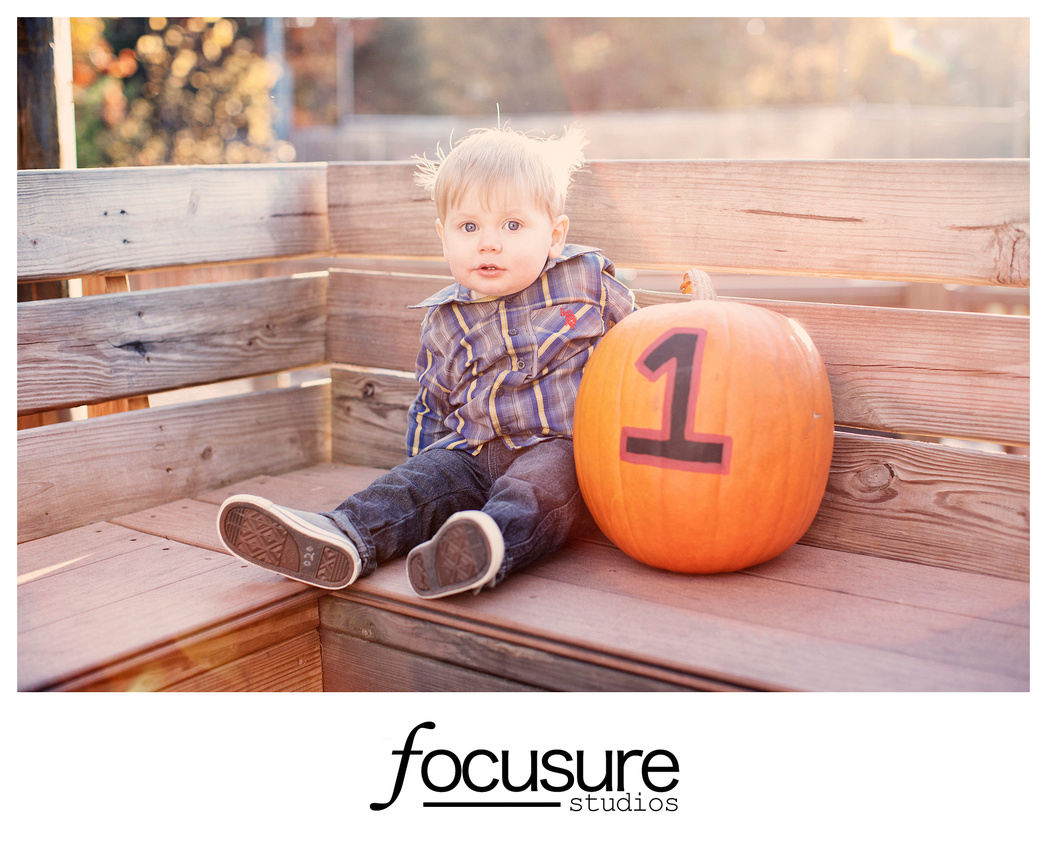 Baby giggles are the best giggles. 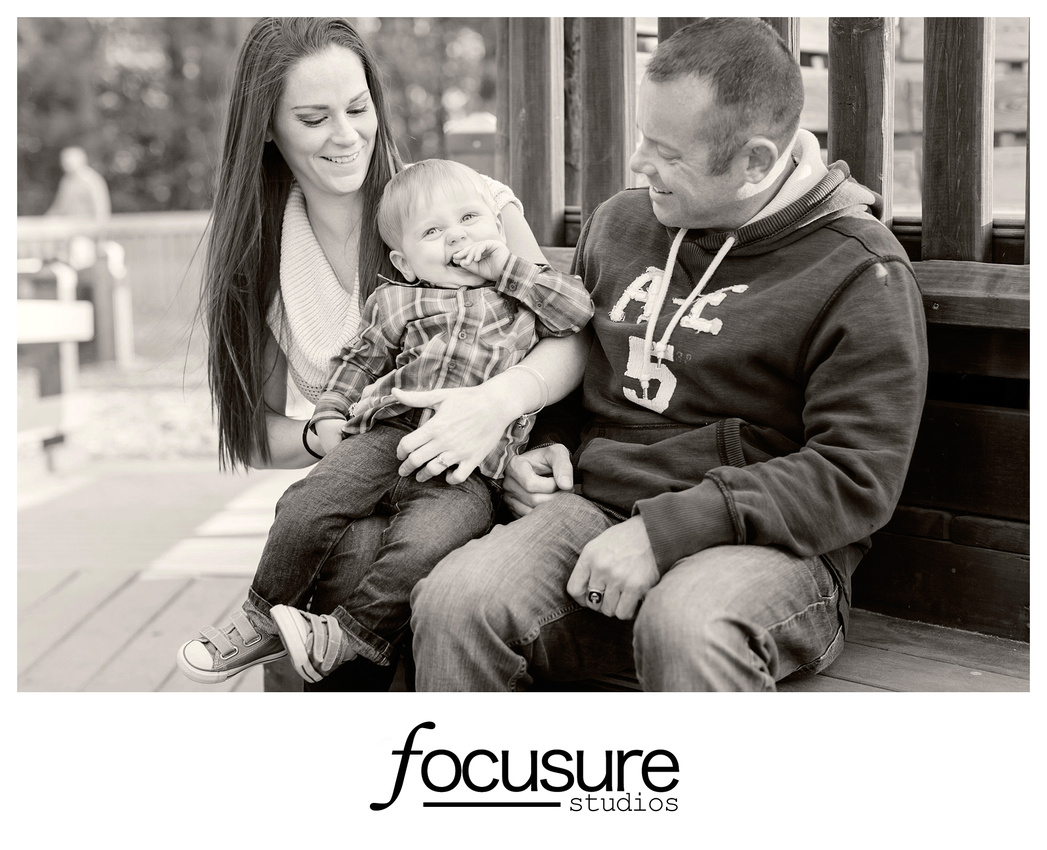 I had so much fun with Braylon, Stacey and Mike - and  am so excited that I finally got to meet the baby, after the bump. 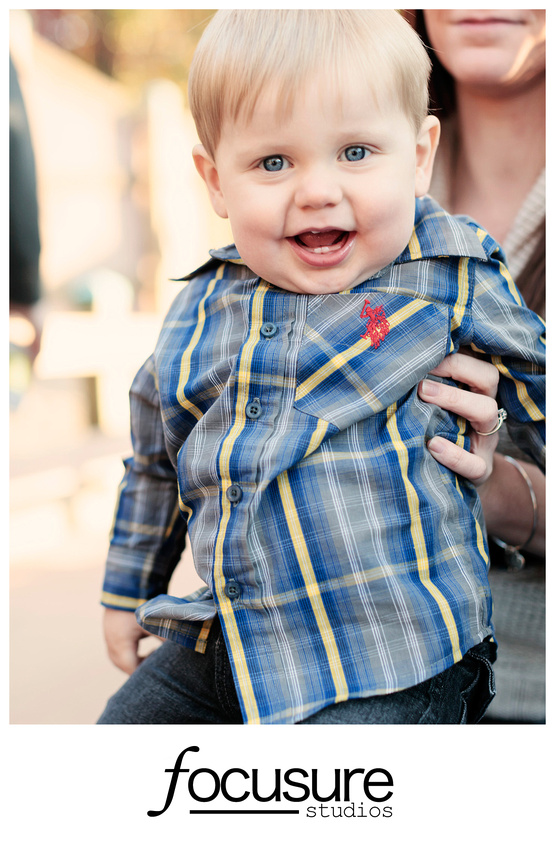