Rae.0 and KJax Get Hitched!

Rachael and Kyle might be my favorite couple.  There, I said it.  It's tough to remember a time when they weren't in love.

I met Rachael in what feels like another lifetime:  when I used to bartend at Martha's Exchange.  I don't quite remember how we got together outside of Martha's, but through one thing or another, Rachael became one of our Monday night bowling group regulars, and hiked with me often as well.  Kyle was on the road playing baseball when we started our bowling "league" (I use that term VERY loosely), so we didn't get to meet Kyle until a few months later.  There was a running wager that the first person to break 200 would receive a bottle of liquor of their choice, and the other guys had to pay.  Kyle's first night at bowling, guess what his score was?  212.

I soon learned that Kyle doesn't really do anything halfway, and loving Rachael was no different.  Rae and Ky have something very special.  Sometimes I think they are tuned to a different channel, and they can sort of click back and forth between what's on their channel, and what the rest of us get to watch.  I remember when they got engaged.  I was SO excited for them.  I was even more thrilled when they asked us to shoot their wedding.

About 50% of the time, Chris and I will split up and he'll head to where the guys are, and I'll go meet the ladies.  This was one of those times.  Rachael and Kyle have a huge bridal party, with 8 attendants on each side.  So I headed to the salon first, where the girls were all being dolled up. 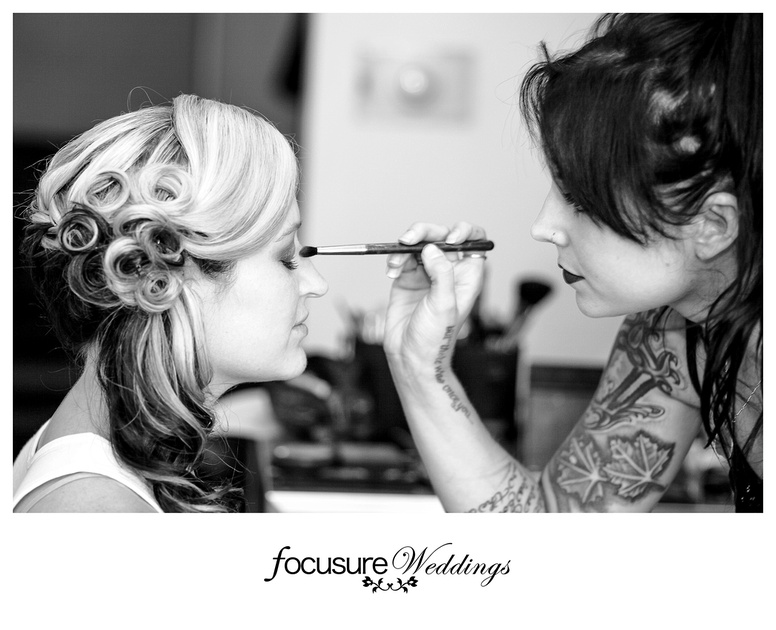 I got to spend a little bit of time with Rachael's dress.  It was gorgeousssssss.  Her mom MADE IT.  You read that right.  Everything was custom, and her mom had incorporated bits of her old wedding dress.  It was simply amazing. 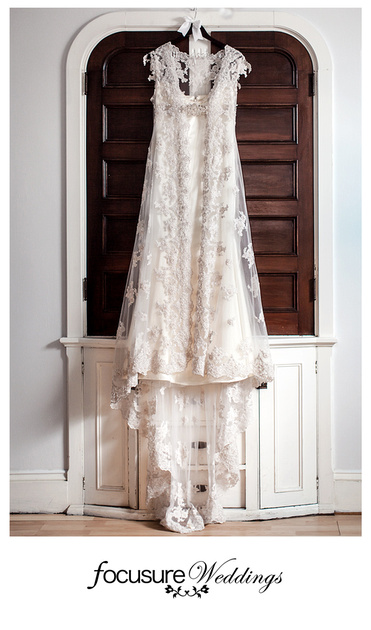 Of course, Chris headed to see the guys about an hour later, and they were done in a flash. 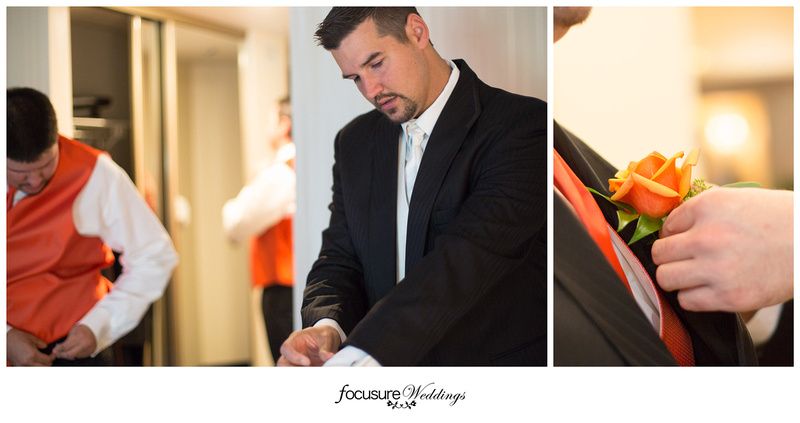 They were done so early, they had plenty of time to relax. 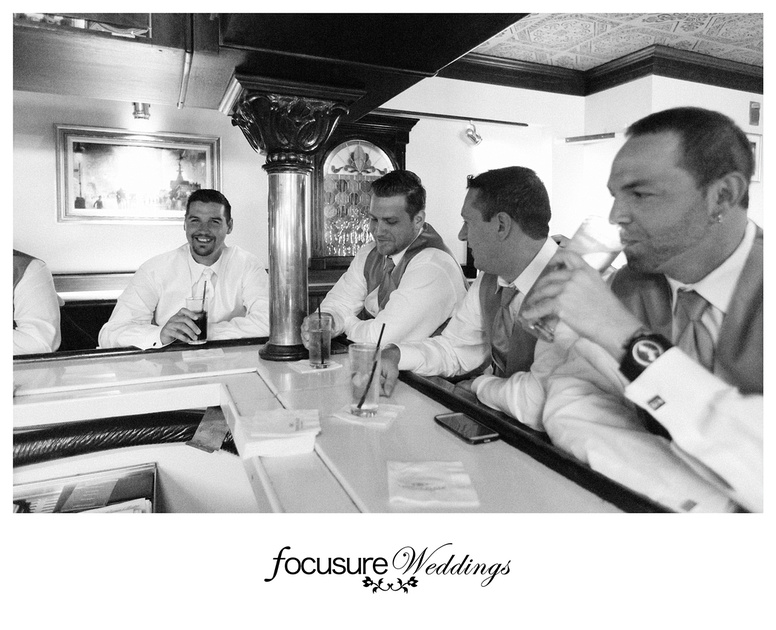 Chris took the guys out front for some photos, knowing he was cutting it close - I told him I'd give him a head's up when the bride was heading his way. 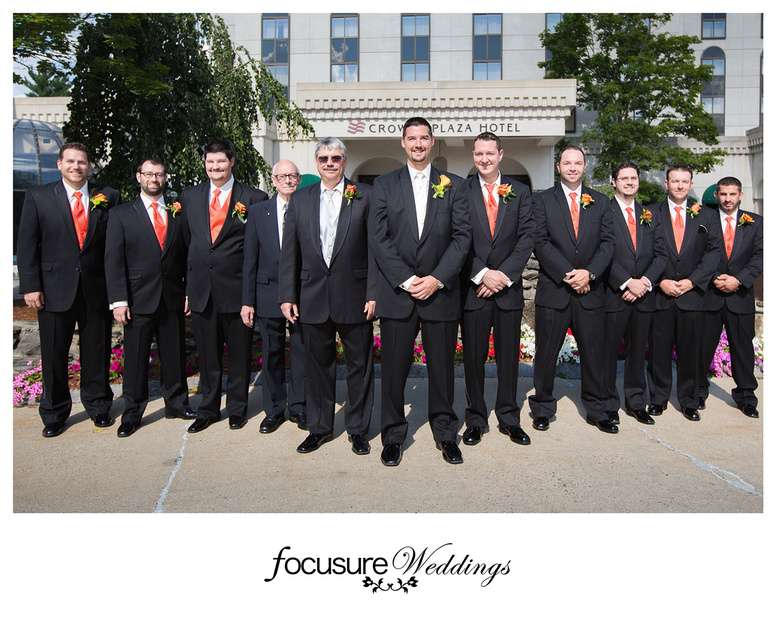 I left the salon, and headed to the hotel.  Chris also met me there so we both get some shots of the bride's details.  (It's all about the bride, isn't it?)

Here's Rachael's mom, helping her get into her multi-layered dress. 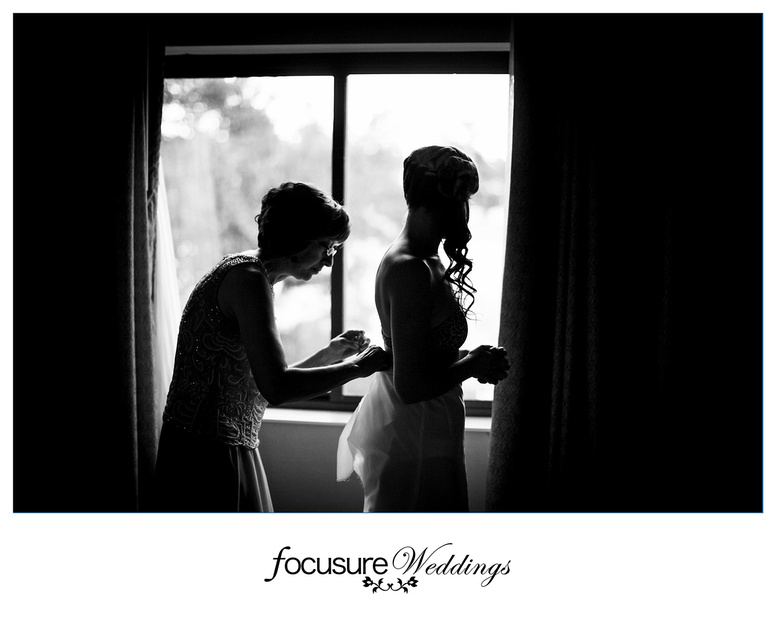 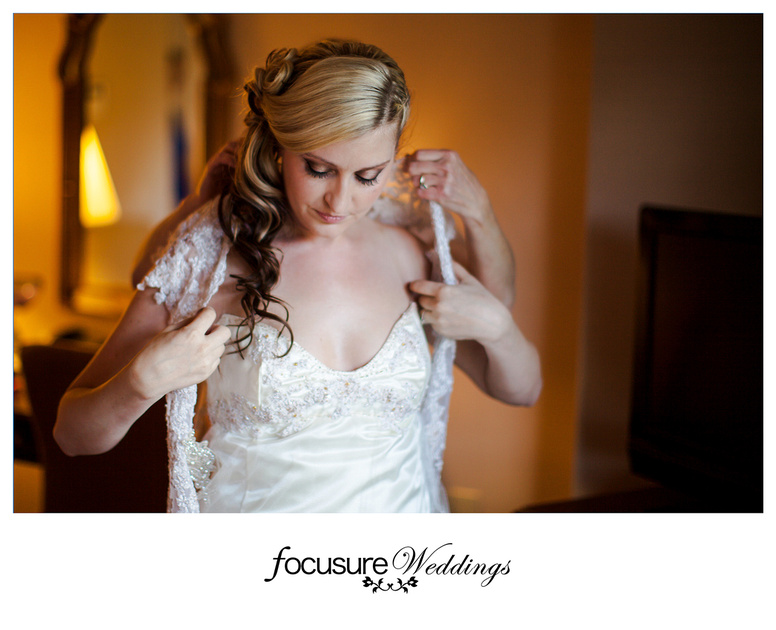 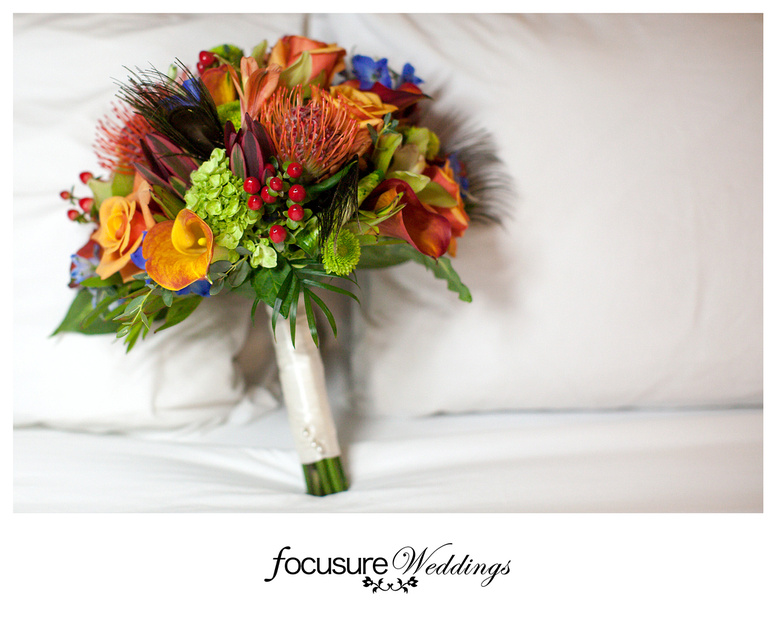 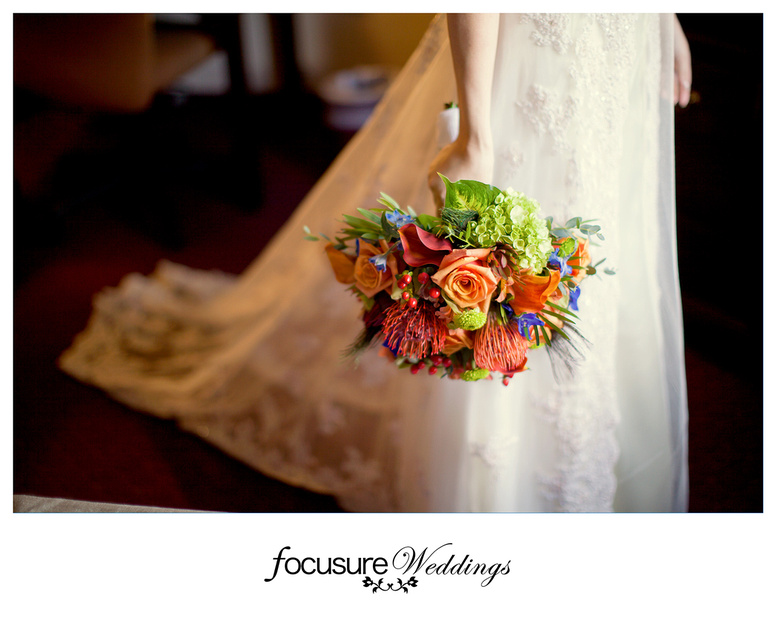 All I could think was, "Wait until Kyle sees her." 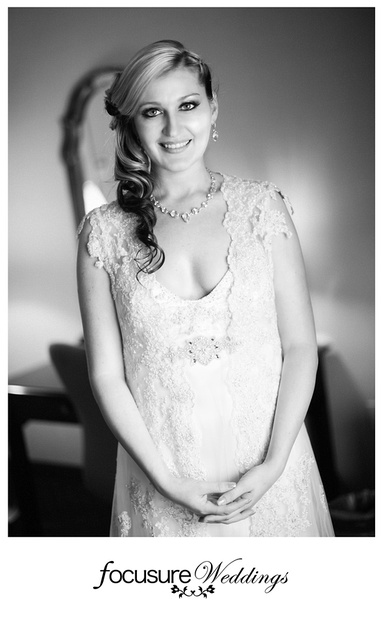 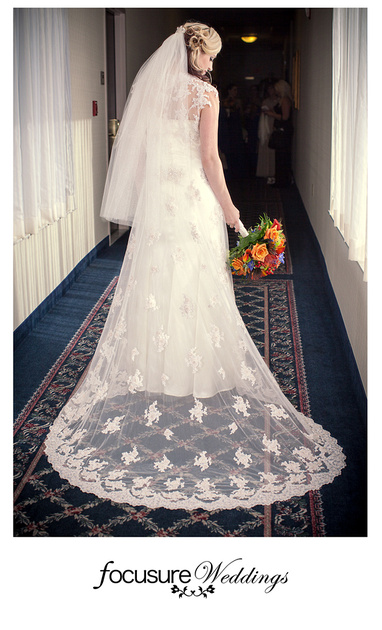 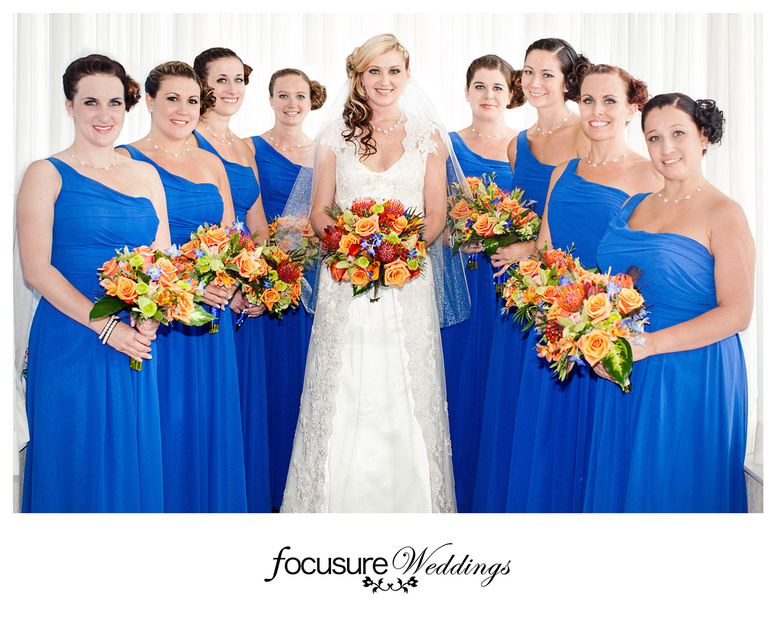 Chris snuck down early and got some photos of where the Jewish ceremony was going to take place. 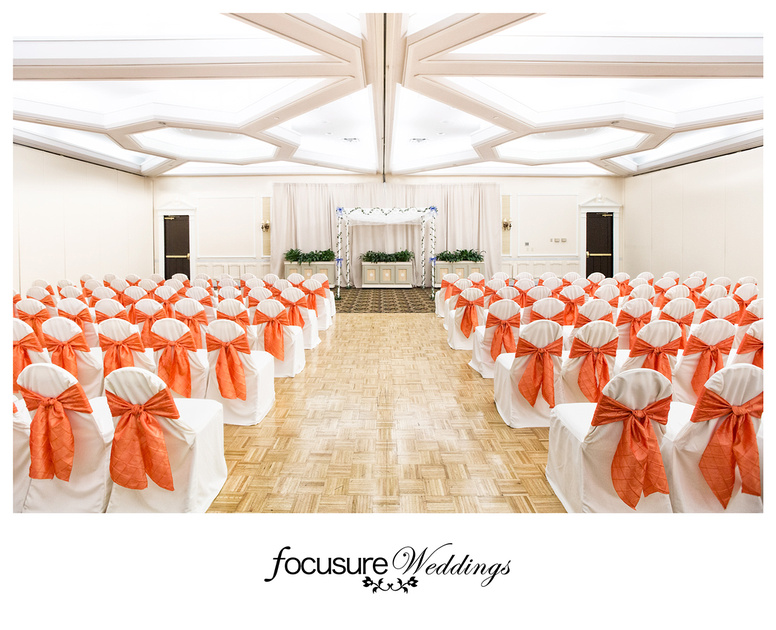 Rachael was walked down the aisle by her mother and stepfather, and her dad stood at the front to offer his blessing.  The ceremony had modern and Jewish elements, and was so them. 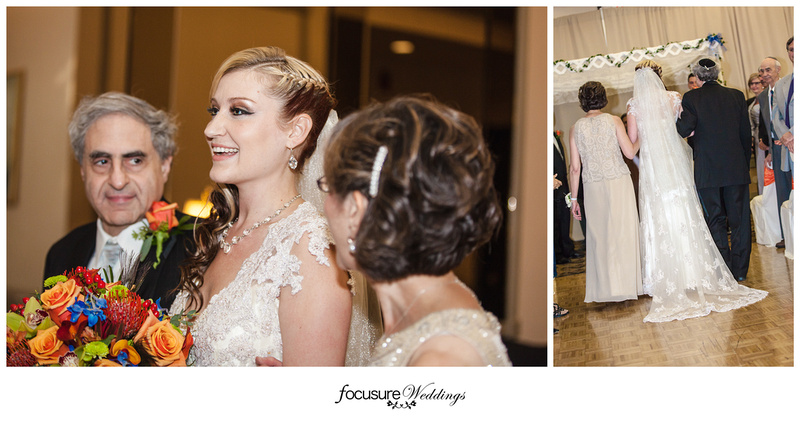 When Kyle saw the woman he is about to marry, he gave Chris this shot.  I so love these two. 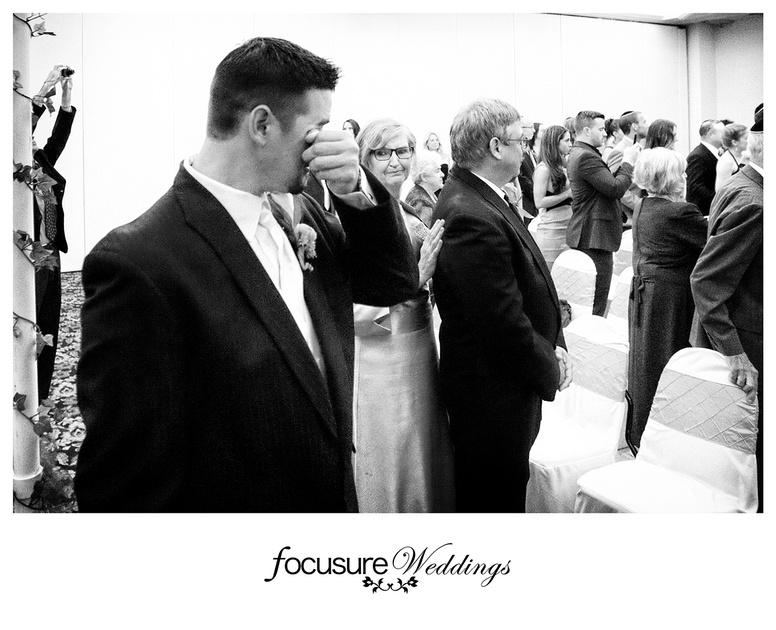 Rachael's brother Josh gave them their ceremony glass when they got engaged, that specifically told them not to break it until the wedding.  It was finally time! 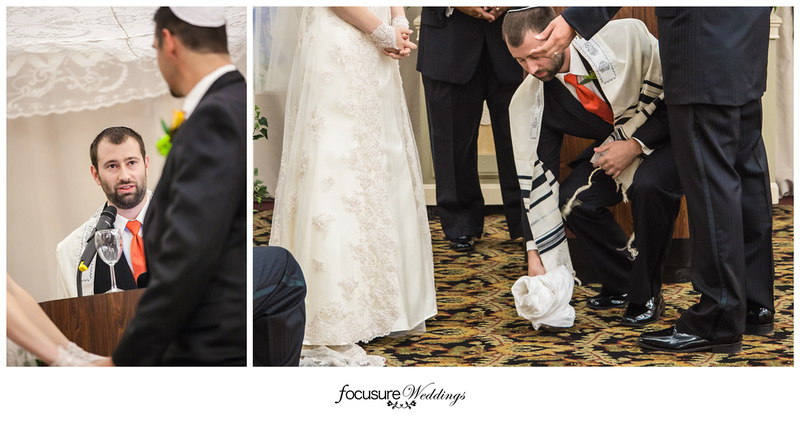 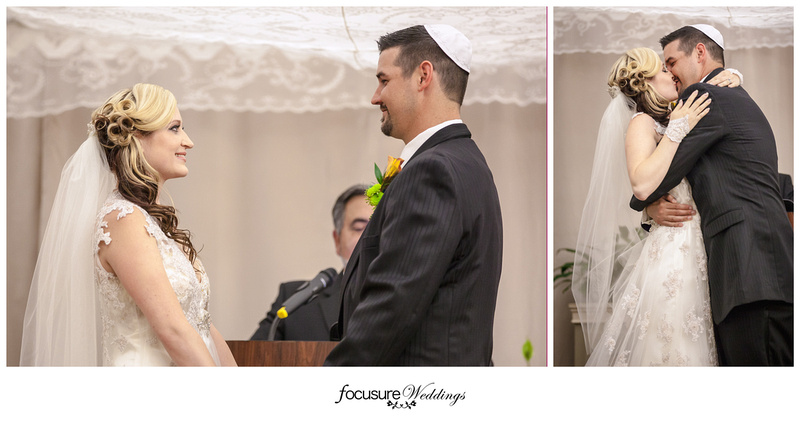 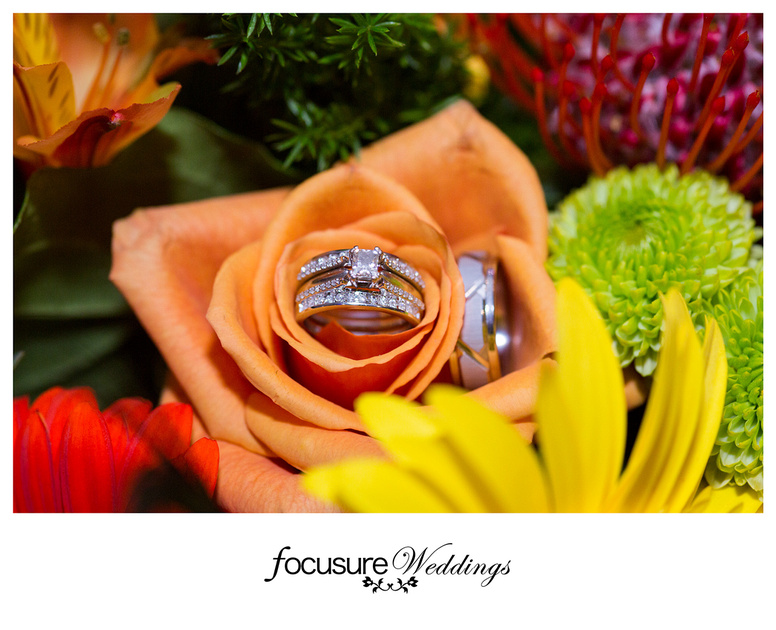 I have quite a few photos of the bridal party on this bridge.  This impromptu shot as I told everyone they were done, is just tons of fun! 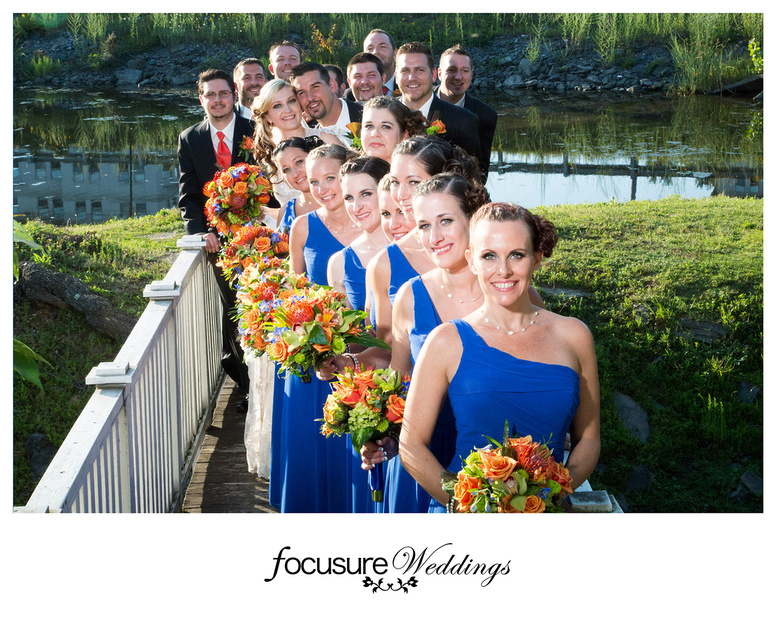 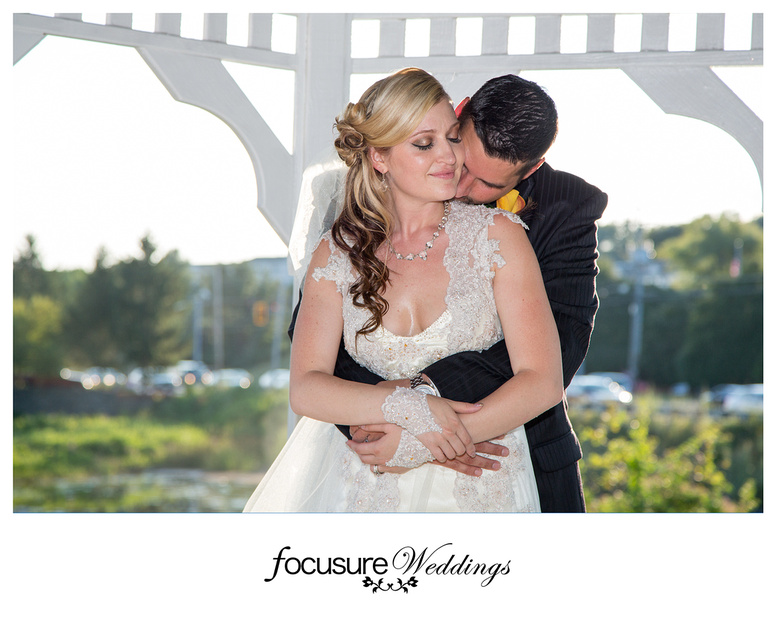 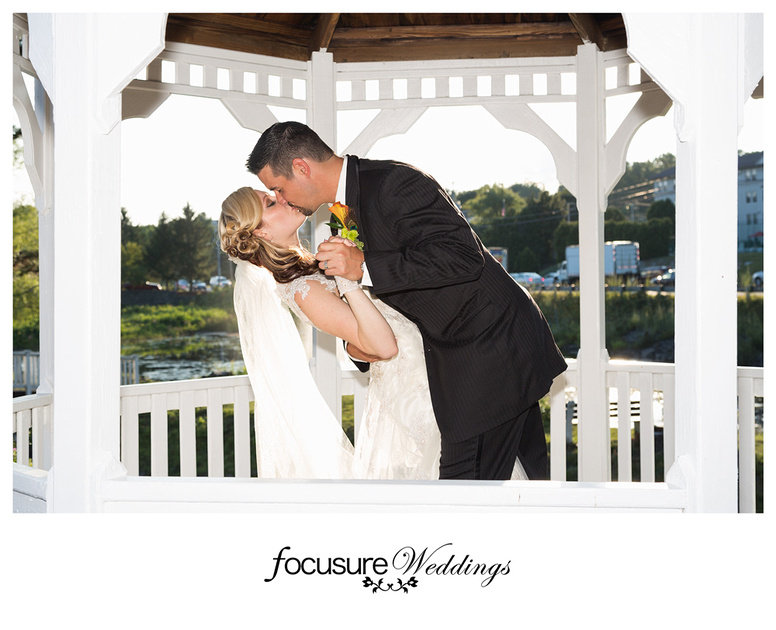 Their first dance was so perfect.  Then, before food or toasts or anything, they started off the party with all the guests heading for the dance floor. 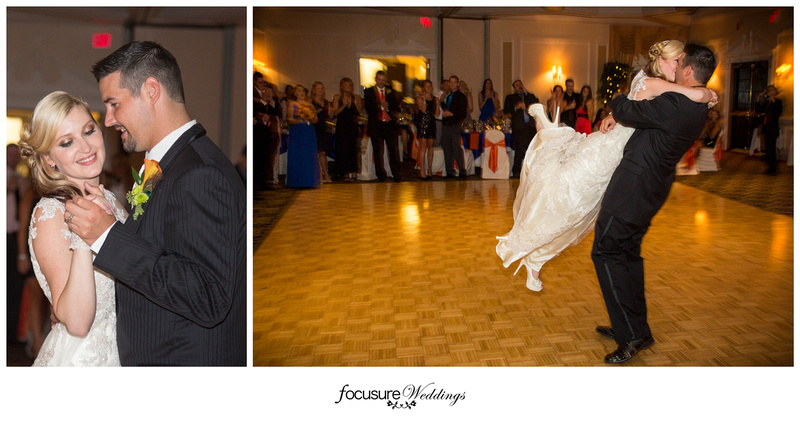 I don't know what got into Kyle, but  I can't type anything else about the garter toss, because my fingers are blushing. 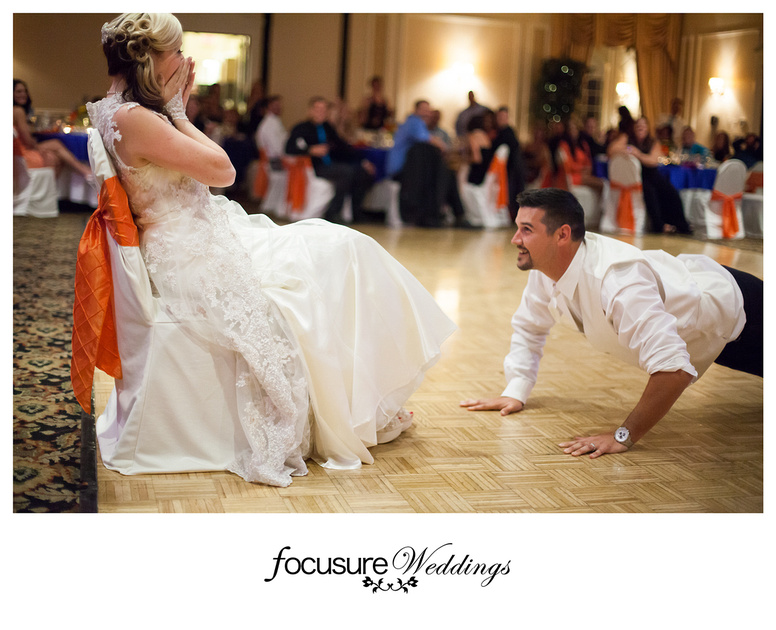 There was a bit of a lull, so I suggested we scurry off for a few more pictures, and some alone time for the couple.  Well, with me and my camera, of course!  I couldn't get the elevator door to stay open long enough for me to take a picture. They rode that elevator to the top and back twice so I could be in the right position when the doors opened!  That's dedication. 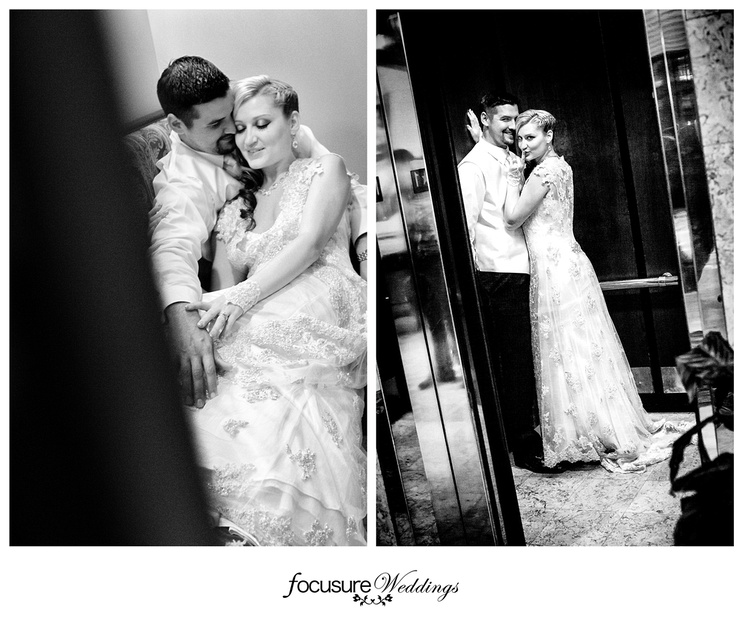 What a FUN wedding!  Rachael was on hand to teach Kyle's dad how to "wobble" (I think I have that right, I had to text Rae to ask).  And when I started to beg them to do the "chair thing", they were suddenly lifted into the air! I either had great timing, or someone heard me! 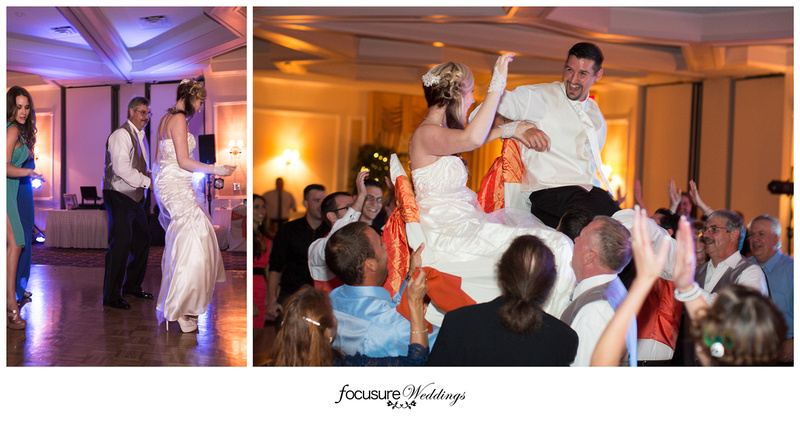 Congratulations, you two.  We love you guys, and know you are in for many wonderful years.  This is only the beginning, and thank you so much for letting us be a part of it.